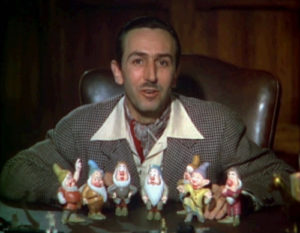 Back in the 1930’s the young animator Disney had a vision for a new story based on an old German fairy tale. To launch what would be his first full length cel-animated feature film he gave his team money for dinner in the cafeteria one night and then gathered them around the sound stage and pitched his version of the story.

Instead of telling them what to do — he broke into various character voices of Snow White and the soon-to-be Seven Dwarfs that was locked in his head and in an attempt to multiply the creative genius around him.

By sharing his focused goals and vision with the team it freed the creative intelligent minds to make it real.

He sparked debate on what these characters would be like and how the story would evolve into.

Sure, Walt could have demanded the storylines and character traits be of “his making” but he didn’t. He allowed the creative juices to flow and the rest is history. Today, it is still one of the top 10 performers at North American box offices and was the highest grossing sound film of it’s time.

Like Disney said … “It all started with a mouse.”